6 Reasons why a calorie is not a calorie 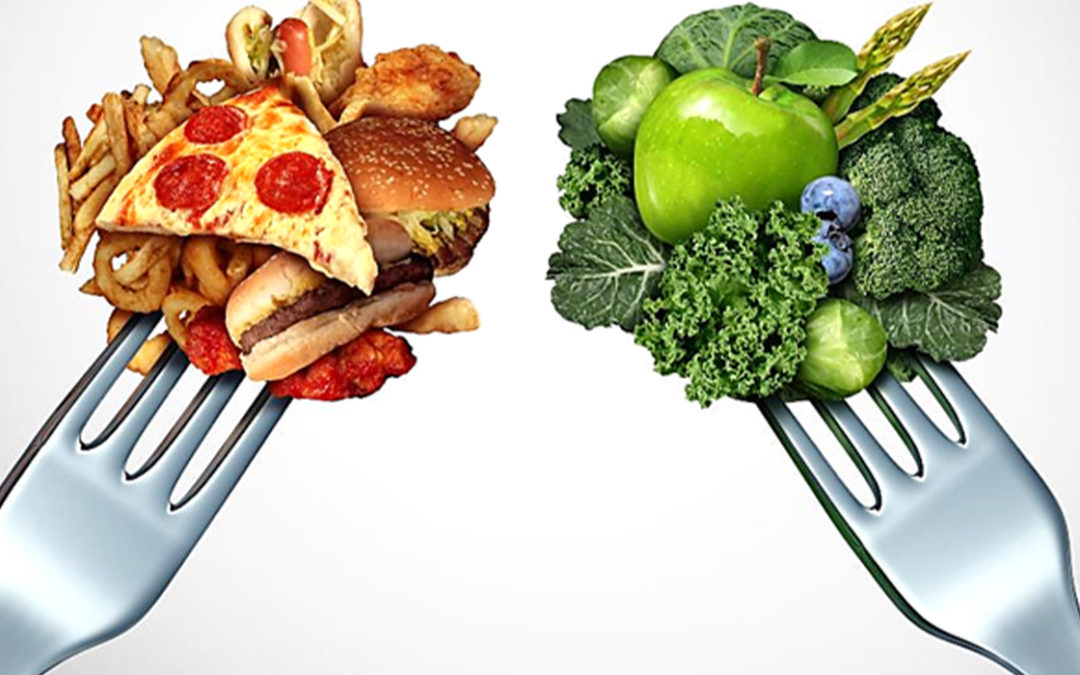 Of all the myths surrounding nutrition, the one around calories is one of the most pervasive and most damaging. It’s the notion that calories are the most important part of the diet, and the source of these calories doesn’t matter.

You may have read “A calorie is a calorie, is a calorie,” and that it doesn’t matter whether you eat 100 calories of sweets or broccoli, they will have the same effect on your weight.

It’s true that all calories have the same amount of energy. One dietary calorie contains 4,184 Joules of energy. In that respect, a calorie is a calorie but when it comes to your body, things are not that simple. The human body is a highly complex biochemical system with elaborate processes that regulate energy balance.

Different foods go through different biochemical pathways, some of which are inefficient and cause energy (calories) to be lost as heat. Even more important is the fact that different foods and macronutrients have a major effect on the hormones and brain centres that control hunger and eating behaviour.

The foods you eat can have a huge impact on the biological processes that control when, what and how much you eat.

The two main simple sugars in your diet are glucose and fructose. Gram for gram, the two provide the same number of calories but the way they are metabolised in the body are completely different.

Here are a few examples of why glucose calories are not the same as fructose calories:

As you can see the same number of calories has vastly different effects on hunger, hormones and metabolic health. Judging nutrients based on the calories they provide is way too simplistic.

Keep in mind that fructose only has negative effects when eaten in excessive amounts. Added sugar and sweets are its largest dietary sources.

Eat plenty of fruits. While they contain fructose, they’re also rich in fibre, and water and provide significant chewing resistance, which mitigates the negative effects of the fructose.

2. THE THERMIC EFFECT OF FOOD

Different foods go through different metabolic pathways. Some of these pathways are more efficient than others.

Protein contains 4 calories per gram, but a large part of these protein calories is lost as heat when it’s metabolised by the body. The thermic effect of food is a measure of how much different foods increase energy expenditure, due to the energy required to digest, absorb and metabolise the nutrients.

Here is the thermic effect of the different macronutrients:

Sources vary on the exact numbers, but it’s clear that protein requires much more energy to metabolise than fat and carbs.

The protein story doesn’t end with increased metabolism. It also leads to significantly reduced appetite, making you eat fewer calories automatically. Studies show that protein is by far the most filling macronutrient.

If you increase your protein intake, you start losing weight without counting calories or controlling portions. Protein puts fat loss on autopilot.
In one study, people who increased their protein intake to 30% of calories, automatically started eating 441 fewer calories per day and lost 11 pounds (4.9 kg) in 12 weeks.

If you don’t want to go on a diet but simply tip the metabolic scales in your favour, adding more protein to your diet may be the simplest and most delicious way to cause automatic weight loss.

It’s very clear that when it comes to metabolism and appetite regulation, a protein calorie is not the same as a calorie from carbs or fat.

Different foods have different effects on satiety. This means some foods will give you a greater feeling of fullness. It’s also much easier to overeat on some foods than others.

For example, it may be quite easy to eat 500 calories or more of ice cream, while you’d have to force feed yourself to eat 500 calories of eggs or broccoli. This is a key example of how the food choices you make can have a huge impact on the total calories you end up consuming. There are many factors that determine the satiety value of different foods, which is measured on a scale called the satiety index.

Examples of foods that are high on the satiety index are boiled potatoes, beef, eggs, beans and fruits. Foods that are low on the index include donuts and cakes.

Clearly, whether or not you choose foods that are filling will have a major impact on your energy balance in the long term.

Since the year 2002, over 20 randomised controlled trials have compared low-carb and low-fat diets.

The results consistently show that low-carb diets lead to more weight loss than low-fat diets, often 2–3 times as much.

One of the main reasons for this is that low-carb diets lead to drastically reduced appetite. People start eating fewer calories without trying. Even when calories are matched between groups, the low-carb groups usually lose more weight, though it doesn’t always reach statistical significance.

The biggest reason for this is probably that low-carb diets also cause significant water loss. Excess bloat tends to go away in the first week or two.

There are many controversies in the field of nutrition and the experts don’t agree on many things. One of the few things that almost everyone agrees on is that refined carbs are not so good.

This includes added sugars like sucrose and high-fructose corn syrup, as well as refined grain products like white bread.

Refined carbohydrates tend to be low in fibre and are digested and absorbed quickly, leading to rapid spikes in blood sugar. They have a high glycemic index (GI), which is a measure of how quickly foods raise blood sugar.

When you eat a food that spikes blood sugar fast, it tends to lead to a crash in blood sugar a few hours later. When that happens, you get cravings for another high-carb snack. This is also known as the “blood sugar roller coaster.

If you’re on a high-carb diet, it’s crucial to choose whole, unprocessed carb sources that contain fibre. The fibre can reduce the rate at which the glucose enters your system.

Studies consistently show that people who eat the most high-GI foods are at the greatest risk of becoming obese and diabetic. That’s because not all carb calories are created equal.

Different calorie sources can have vastly different effects on hunger, hormones, energy expenditure and the brain regions that control food intake.
Even though calories are important, counting them or even being consciously aware of them is not the only key to lose weight. In many cases, simple changes in food selection can lead to the same or better results than restricting your calorie intake.